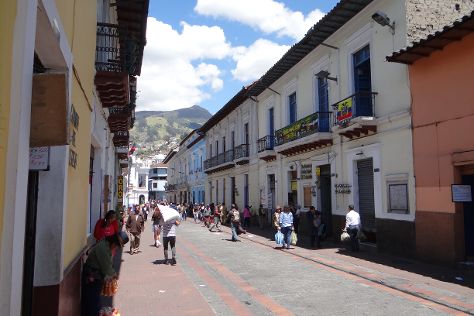 On the 18th (Wed), admire the striking features of El Sagrario, admire the landmark architecture of Fundacion Iglesia de la Compania, then see the interesting displays at Intinan Museum, then get engrossed in the history at Museo Templo del Sol Pintor Ortega Maila, and finally make a trip to Mitad Del Mundo. Get ready for a full day of sightseeing on the 19th (Thu): appreciate the extensive heritage of Quito Old Town, contemplate in the serene atmosphere at Basilica del Voto Nacional, then admire the striking features of Iglesia y Convento de San Francisco, and finally take an in-depth tour of Museum of Maria Augusta Urrutia (La Casa Museo Maria Augusta Urrutia).

To see ratings, more things to do, reviews, and tourist information, read our Quito route planner.

New York City, USA to Quito is an approximately 12- hour flight. You can also do a combination of bus and flight; or do a combination of train and flight. Prepare for a bit warmer weather when traveling from New York City in November: high temperatures in Quito hover around 72°F and lows are around 57°F. Wrap up your sightseeing on the 19th (Thu) early enough to travel to Cuenca.
more less 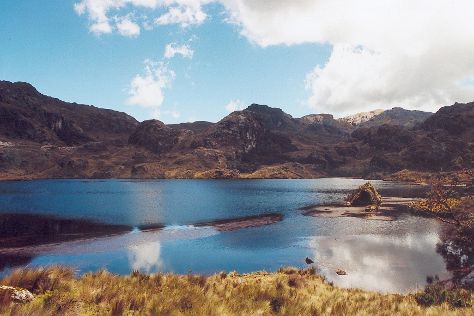 Packed with impressive colonial architecture and a historic town center, Cuenca stands as perhaps the most charming city in the nation.

Start off your visit on the 20th (Fri): explore the activities along Rio Tomebamba, explore the wealth of natural beauty at El Cajas National Park, then don't miss a visit to Plaza de las flores, then admire the striking features of Inmaculada Concepción Cathedral, and finally immerse yourself in nature at Plaza Abdon Calderon. Get ready for a full day of sightseeing on the 21st (Sat): take an in-depth tour of Pumapungo Museum and Arqueological Park - MCYP, then view the masterpieces at Homero Ortega, and then pause for some serene contemplation at Mirador de Turi.

For more things to do, other places to visit, photos, and other tourist information, go to the Cuenca trip planner.

You can do a combination of taxi and flight from Quito to Cuenca in 1.5 hours. Other options are to drive; or take a bus. Traveling from Quito in November, expect a bit cooler with lows of 51°F in Cuenca. Finish your sightseeing early on the 21st (Sat) to allow enough time to travel to Puerto Ayora.
more less

Things to do in Cuenca

The largest settlement in the Galapagos, Puerto Ayora offers visitors to the islands an array of facilities and things to do.

Puerto Ayora is known for parks, nature, and wildlife. Your plan includes some of its best attractions: stroll through Charles Darwin Research Station, head outdoors with Think Galapagos, shop like a local with Galeria Aymara, and take in the dramatic natural features at Las Grietas.

To find maps, ratings, other places to visit, and more tourist information, use the Puerto Ayora attractions planner.

Traveling by combination of flight and ferry from Cuenca to Puerto Ayora takes 6.5 hours. Alternatively, you can do a combination of bus, flight, and ferry. Expect somewhat warmer evenings in Puerto Ayora when traveling from Cuenca in November, with lows around 71°F. Wrap up your sightseeing on the 24th (Tue) to allow time to travel to Guayaquil.
more less

Things to do in Puerto Ayora

Pearl of the Pacific

Start off your visit on the 25th (Wed): wander the streets of Cerro Santa Ana, then enjoy the sea views from El Faro de Guayaquil, then take in panoramic vistas at La Perla, and finally visit Las Penas. On the 26th (Thu), you'll have a packed day of sightseeing: pause for some serene contemplation at Iglesia de La Merced and then get to know the fascinating history of Guayaquil Historical Park.

For other places to visit, where to stay, maps, and more tourist information, read our Guayaquil planner.

You can do a combination of bus, ferry, and flight from Puerto Ayora to Guayaquil in 5 hours. Alternatively, you can do a combination of ferry and flight. Traveling from Puerto Ayora in November, you will find days in Guayaquil are a bit warmer (87°F), and nights are about the same (71°F). Cap off your sightseeing on the 26th (Thu) early enough to travel back home.
more less

Things to do in Guayaquil